Do you do book reports with your kids?  Have you found a great way to help them reflect on what they’ve read?  This step is important because otherwise (if they’re anything like me and my children), they’ll just gobble down the book and move on, without much reflection.

(I know, I said I wasn’t going to be posting here much, but right now I have a restless, not-really-sick kid home from school, so I put her to work writing a book review!)

First of all, what’s the difference?

Okay, I’m not sure exactly what the difference is, except that a review implies that you’re throwing in a little of your own opinion.  “Report” sounds objective, like a dry listing of the book’s features, as if it were a notable geographic feature:  a desert, or an ocean.  You wouldn’t “review” a desert, you would “report” on it.  Okay, actually, with the Internet, people review everything from national parks to public bathrooms and I wouldn’t be surprised if you could find reviews for various of the world’s oceans, but never mind that.

I once went to a book group discussion – once.  I can’t speak for every book group everywhere, but in this case, it was dull, dull, dull.  First, one person (a semi-professional) presented some of the key ideas of the book.  Then everybody sat around talking about features of the book that they had noticed while they were reading through, the meanings of things in the book, and so on.  And then… that was it.  Nobody said at any 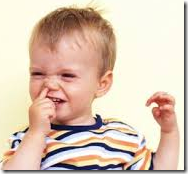 point that they loved the book or hated it; they dutifully read it (two women admitted that they hadn’t read it, but didn’t blame the book itself).

I’ve always thought book reviews are better writing practice than book reports.  More fun, for one thing – who wants to just list a book’s features?  And then, it’s impossible not to have an opinion about a book you’ve just read, so why shouldn’t you get to sneak that into your writing somewhere?

Also:  almost nobody in real life gets paid to write “book reports” – just a few academics here and there who analyze meanings and interconnections between various bodies of literature.  How do you make money writing about books?  You review them.  That’s because nobody opens up their newspaper hoping to see a book report – they want a REVIEW that will guide them towards books that they, too, may find interesting.  Or help them steer clear of books they’ll hate.

So when I want a kid to not just read but reflect on what he or she is reading, and express an opinion, I assign a book review.  When YM was homeschooling seven long years ago, in Grade 6, I made him write one a week.  EC joined him when school ended for the summer, so she didn’t write as many  as he did (and she still remembers it bitterly as a time of weirdness and servitude). 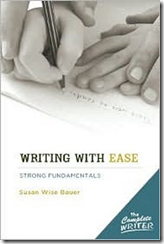 *** CAUTION:  You should read and listen to everything Susan Wise Bauer has to say about kids and writing, especially Writing With Ease (the parent/teacher guide, NOT the workbooks).  Please don’t make ANY child who isn’t already writing capably and confidently write a book review, report, or anything else until you have.  Here is also a $4 mp3 of a talk she gave that I have found very, VERY helpful to listen to over and over.  ***

My guidelines are pretty simple and haven’t really changed much over the years:

I like to say “tell me” because that gives kids an automatic audience for their review.  Believe it or not, figuring out who the audience is is one of the biggest problems for most professional writers, and knowing they’re just writing to a parent lets kids skip any issues they might have with this step.

Just to brag, here are 3 sample book reviews written by the big kids, when they were younger:

I think that The Giver is an amazing book. I like the way it helps us understand how the characters feel at all times. For example, when Jonas is trying to transfer the memory of red to Asher, we can understand how hopeless he feels, and sympathize with him. This is an excellent book by an excellent author, and I hope we will be seeing more from her soon, maybe even a sequel to The Giver. I sure hope so!

I have just recently read the book "The True Confessions of Charlotte Doyle" and I think it is a great book. It tells the story of a girl named Charlotte Doyle who is coming on a ship from her boarding school to visit her family. On the ship she met Captain Jaggery that at first she thought was a gentleman but then he killed someone on deck for no reason. I especially like the part of the book where Charlotte climbed up the main mast that was over 50 feet high so she could become part of the crew. I would recommend this book because I love action and the book is full of it.

The Indian in the Cupboard, by Lynn Reid Banks, review by EC, age 10

I would recommend this book because it has a nice story of friendship.People might think from the title that the book is racist but it is just the opposite. In the story the indian named Little Bear becomes friends with a cowboy named Boone.Both were dolls turned to life by a magic cupboard. I would also recommend other books written by Lynne Reid Banks because she is a great author.

With Naomi Rivka, who was home from school but it turns out feeling perfectly well, I had her write her first draft with pencil on paper and then she got to type her second draft on the computer, which was helpful because a) her spelling is falling to pieces, and b) as an Israeli schoolchild, she has quickly forgotten all conventions relating to capitalization… oh, and c) anything on the computer is WAY more fun.

Naomi Rivka also seems to like exclamation marks more than my other children ever have.  Here’s the review she just wrote.

Diary of a Wimpy Kid, by Jeff Kinney, review by NRM, age 8.5

The book I just read is AMAZING!!!  I recommend this book because I think it is really funny!!!!  For example, Greg’s mom has glasses, but in the pictures you can’t see her eyes!!  I think Greg is jealous because his parents are all for Manny!!!!!  And it seems Manny gets whatever he wants!!!!!  [Manny is Greg’s little brother, and Rodrick is Greg’s big brother!]  So the big brother, Rodrick is always pulling pranks on Greg + Manny.  There is a girl at Greg’s school and class called Holly Hills, who Greg has a crush on, so he thinks humour is best to make an impression on her.  I don’t think this book is for a specific age, like 4,5,6,7,8,9,10, but it is simply for people who like humour, because there is a lot of humour in this silly book, and for people who like to read!  I liked this book and now I read more “Diary of a Wimpy Kid” books by Jeff Kinney!!!!!!!!  I also recommend THIS BOOK and OTHER BOOKS by the author JEFF KINNEY!!!!!!!!!!!!!!!!!!!!!!!!!!!!!!!!!!!!!!!!!!!!  Hope you like this great book!!!

As an optional final step, I have them pick a number of stars and a short headline, then post the reviews on Amazon.com, indicating that it is a kid’s review.  Then (only once we’re finished), we have fun reading what other people – kids and adults – have thought of the book.  I think this last step makes the process feel more interactive and realize that lots of people review lots of things for many reasons, and when they see the diversity of responses (usually ranging all the way from 1 to 5 stars) they realize that their opinion is just as valid as anyone else’s.

Do you do book reports or reviews with your kids?  What’s the best way to inspire them to write and comment on books they’ve experienced?  Share your tips, tricks and ideas and I promise I’ll respond even though I’m not “really” here!