Shameless self-promotion (aka “Buy my books – I’ve made it easy”!)

I have just shifted a bunch of books from Lulu to Amazon, as well as making a couple of new ones available that were sitting in the “almost ready to go live” hopper.

They all have “Look Inside!” enabled, but the last two are newly added, and will take a couple of days to get fully set up… 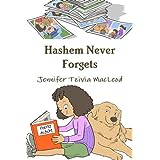 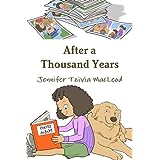 These last two are the same book in two different versions.  The “Hashem Never Forgets” version is geared towards observant Jewish families, while “After a Thousand Years” is religiously neutral, for Jewish or non-Jewish families.  The only changes, beyond using the term Hashem, are that the girl is named Faigy (not Andrea), the grandfather is referred to as Zeidy (not Grandpa), and a reference to her going to university is changed to seminary (not that I’m against university, but since my daughter’s heading to sem next year (before university), I thought I’d include it as a worthwhile endeavour for a young girl!).

I do have a couple more projects with art on the go.  They will hopefully be ready to order before our big move in August.

Thanks to everyone who’s bought books so far!

If you do happen to own a copy of any of these, I would like to ask you to stop in and write a review.  Even just a couple of sentences and a star rating can help lend credibility.  Despite my previous post (about taxes on royalties), I don’t want anybody to think I’m making a fortune off these – I’m not and never will.  But every little bit helps!