Look what I found in my Playbook!

Just shlumped down at the table late last night, procrastinating, and pressed a button – almost at random - on my Blackberry Playbook, only to discover… a kid!!!  Elisheva has one too, and was sitting in the basement of her grandmother’s house in Calgary, chatting with her friends when I accidentally called her. That is a very cool thing, and gives me a lot of hope for the future of communicating with my family.  I totally love the Playbook, by the way.  Mine is 16gb, an older model, which I bought “used” but never opened on Craigslist back in January.  I wanted something super-portable that I could take with us on our pilot trip and beyond.  It came with this nifty little case which a) protects it, and b) includes a stupid little Bluetooth keyboard that turns it into the World’s Tiniest and Stupidest-Keyboarded Laptop.  I don’t use the keyboard much, though I did for emailing the family and my blog while we were in Israel.

It has WiFi and also built-in GPS, which I’ve been playing with a lot this week (mostly to discover that GPS is more or less useless without software, but anyway… still kind of cool in a geeky way). 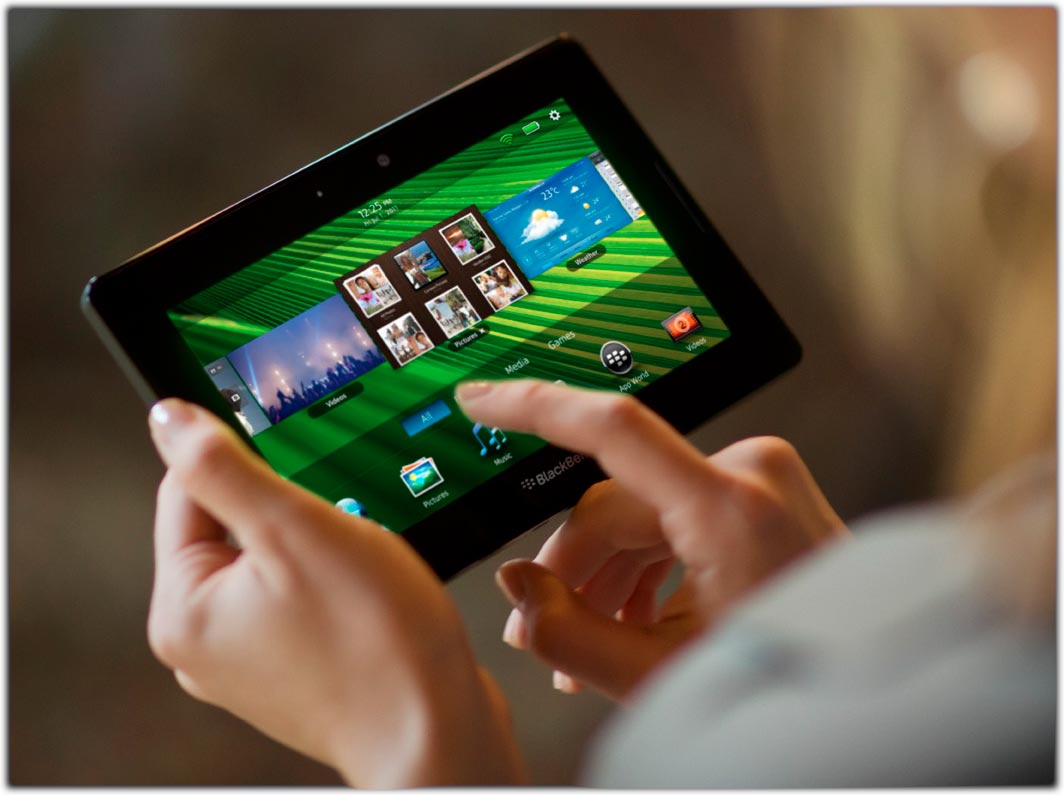 Anyway, it was nice to see my kid.