Spiderman vs the Math Frogs (a small math lesson in humility)

Just in case we needed more reminders that what works for one kid does NOT work for others… with Naomi Rivka, manipulatives were the thing for math.  What she sees when she sees the math frogs is “MATH frogs.”

They helped her concretize, see it, feel it; they were great.  With a little creative thinking on my part, these little froggies have illustrated so many things – grouping for addition, arrays for multiplication, sorting by various criteria, patterns, weights, measures, division, and waaaaay more.

But with Gavriel Zev, it turns out, not so much.

What he sees when he sees the math frogs are the “math FROGS!!!!”  With many insane exclamation marks on the end, because who wouldn’t go nuts when confronted with the sheer madness of about a million shiny colourful plastic frogs?  Oh, yeah, and who cares about the math?

Sure, he’ll put up with them for a minute or two, so I can regroup the same seven frogs into five-and-two or six-and-one.  But only if spiderman gets to watch, and only if I am well aware that the frogs themselves are just itching to bounce around having their wacky adventures together.  ‘Twas always thus; one time early on, desperate to find something to amuse him (dunno why, in a house with a million toys), I sharpied eyes onto a few clothespins and handed them to him.  He played with them for a long time. 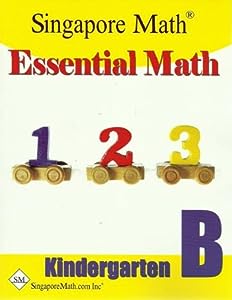 This is a boy who is never alone:  anything with eyes is an instant companion, and in a pinch, he will imagine eyes that aren’t even there.  And even if a math “toy” has no eyes, like our Cuisenaire Rods, it can become something else in the ever-expanding Universe of Fun that is Life According to Gavriel Zev:  a building block, a wall, a car, an obstacle, an enemy.

Which is also why, often, what worked for Naomi Rivka does not work for Gavriel Zev.  Manipulatives that draw his eyes away from the page and call out “playtime!!!” are more of a hindrance than a help.  And as much as worksheets may seem like a more dry way of doing math, he really seems to “get” them.

We recently finished the Mathematical Reasoning book he loved so much, and I decided to plunk him right into grade level with Singapore (Essential Math, Kindergarten B), since it’s working out so well for Naomi Rivka (she’s in Primary Mathematics 2B).

Happily, something that works for her seems to be working out okay for him, too.  I don’t like the look and feel of kindergarten level as much as the grades, but the book does seem to get the ideas across and he is very proud when he actually feels like he’s mastering it.  And the black-and-white pages, I feel, actually help reduce distraction… though I’m sad that he’s going to miss out on the colourful, somewhat tacky clip art of Mathematical Reasoning (pages from both shown for contrast below): 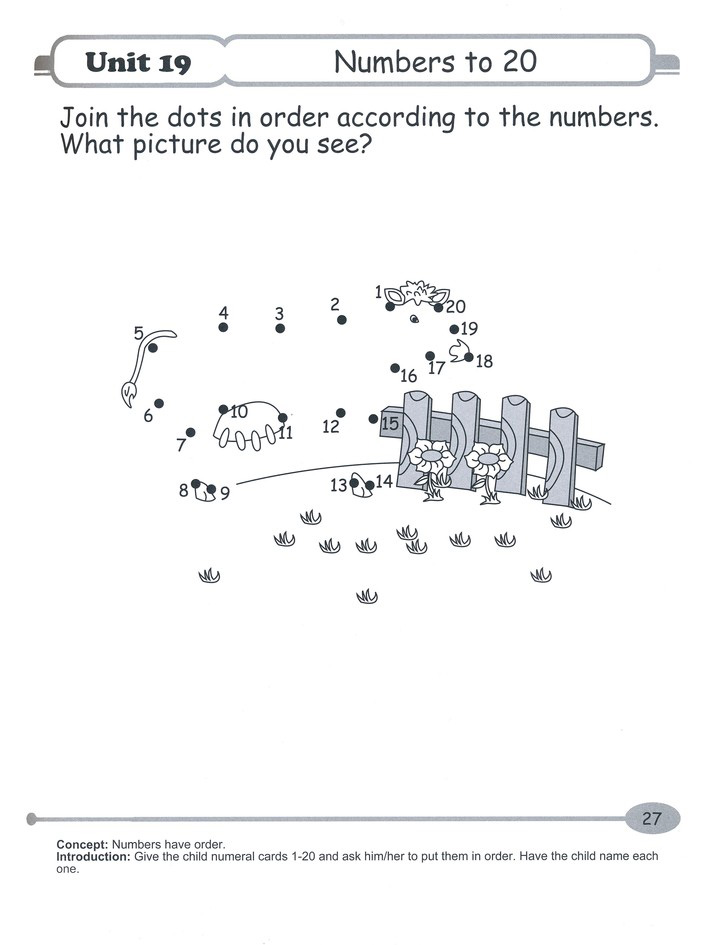 We actually completed the second page shown here, Unit 20, Number Bonds, today and it’s so fun to watch him gradually absorbing the concept of parts and wholes, which is so central to a lot of what happens in Singapore once you hit the grades. 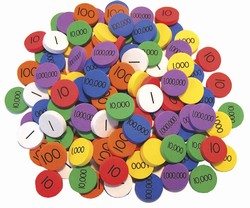 Singapore purposely doesn’t rely on manipulatives, by the way; though they use some basic place value disks later on, even these are purposely kept bland and similar-looking so they won’t become a distraction from the necessary abstraction that is required for kids to think mathematically.

The program revolves around the quick progression from concrete to pictorial to abstract.  Not gradual over months, but immediate progression, like right away, within the same lesson.  Kids are shown something concretely to begin with, but then work out the same problem right away looking at a picture of an object or manipulative.  Finally, they are shown it as represented by numbers and symbols, the universal language of mathematics.

Which helps to explain the blandness of the “Number Bonds” worksheet above.  The kids group circles and count them – not ants or corn on the cob or fish.  By the way, the book hasn’t introduced the “+” symbol for addition yet, or the “=” sign; as with Miquon (but infinitely more abstract!) it begins with observing the relationships among numbers and progresses from there into the formalization of those relationships.

Despite all of which, there will always be a warm place in my heart for the math frogs.  Though perhaps not in Spiderman’s heart; after I took this picture, the frogs won the battle and pulled him all the way under.  He totally drowned in frogs – it was awesome; you ought to have been there.

And I learned a thing or two along the way in what makes each kid unique and special and challenging, and marvelled again at the absurdity of herding 30 of them into a classroom and expecting to teach them all the same stuff at the same time.  Well, hopefully they won’t pull out manipulatives of any kind if my kid is in the vicinity.

How about your kids?  Do manipulatives work for them???