The Heartfelt Prayers of the Innocent 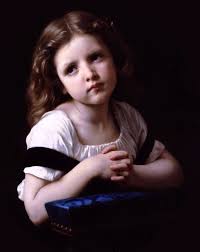 Today on Shabbos, our shul had a parent-and-kid davening which we went to, for a change (which involved actually getting up and GOING to shul – yay, me!).  During the “amidah” there was a moment when kids could close their eyes and ask Hashem for something, which I thought was a very nice thing, though everybody was a bit fidgety by that point.

Later on, at bedtime, Naomi revealed what she’d been thinking during this solemn, silent moment:  “I wished there was life on Mercury, because then you’d have your birthday every 88 days.”

Then, GZ chimed in:  “I thought about blueberries, and strawberries, and cranberries!”  I tried to bring it back to Hashem by saying those were indeed some of His most wonderful gifts.  Then, Naomi came back with the second part of her “Wish to Hashem”:  “And then I thought, if you lived on Mercury, because it’s such a lucky place, people who were poor could take their net to the river and just find $100!”

GZ:  “If you lived on Mars, you could look up and see aliens floating past!”