I dream of (Pesach) cheese 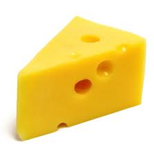 Sorry I haven’t been posting much lately.  Busy, busy… and writing, writing for actual money.  I have always had a theory that I only had so many words inside me each day, and if I’m writing in one way, I just don’t have any more writing left in me for the blog… or anything else.

This cheese picture is actually a little bit of an inside joke, because every time there is some mention of cheese in a book, like our Hebrew book, or any kind of kids’ story, they show SWISS cheese, which Naomi Rivka hates.  Just considers the whole “holey cheese” thing an abomination.  So I like to show her the pictures on purpose now, just to bug her.  It’s nice to have a child you can deliberately annoy and they won’t shout (much), destroy your house or traumatize your other children.  Nope, don’t go ticking off teenagers, that’s all I’ll say about that.

I am desperately trying, TRYING, to cut back on Pesach expenses, which everybody says every year.  But this year, I mean it, and so the first prong of this attack was – NO BREAKFAST CEREAL.  I’m not saying ABSOLUTELY no cereal, because sometimes I buy the gebrochts one for kiddie-snacks erev Pesach and for the last day.  The gebrochts ones are sometimes available on sale much cheaper.  But we generally go through many boxes of the non-gebrochts cereal, like some every day, and at $5 a tiny, tiny box, it’s a crippling expense.  (see this post from 3 years ago on the rip-off of Pesach cereal!)

And also – we spend a TON on dairy.  Cottage cheese, cream cheese, yogurt.  So now that I have been exploring frontiers in cheesemaking and overcoming my own fear of fermentation, I’m looking into what exactly I can make myself for Pesach.

First of all – if we want cholov Yisrael, the answer is basically:  NOTHING.  The cholov Yisrael milk says on the label “kashered at 212°F” (though I have never understood how the milk is KASHERED – was it trayfe before, like a cooking pot?), what this means is that it is ultra-pasteurized, destroying the proteins and making it almost useless for cheesemaking.  (NOTE: this is not the same as Ultra-High-Temperature (UHT) Pasteurization, which lets you store the milk in a tetra-pac at room temperature)

The good news is that there are two brands of 4L non-cholov Yisrael milk bags on the COR’s approved list for Pesach 5772.  I have used these for cheesemaking before and they work reasonably well.

BUT to go with this good news, the so-so news is that I probably can’t use the same cheesemaking (“mesophilic”) culture that I have been using during the year for Pesach (need to call the OU to check), nor the rennet (though I’m waiting for an answer on this), meaning that most complex cheeses are out of reach.

Last year, there was a brand of buttermilk on the COR list, which might have been useful for starting my own cultures, but this year, it’s off the list.  There also are probably no “thicker” milks than Homogenized (3.25%MF), which is a pain because for really creamy cream and cottage cheese,it’s best to start with a very rich milk.

Still… with a little “live-culture” yogurt to get things started, there just might be a way.  So this week, with my regular utensils, I’m experimenting with various rotted-milk products, trying to figure out what types of fermentation are possible within a very limited Pesach palette.

Here are a few recipes, in case you’re curious about what types of cheeses can be produced during Pesach with nothing but milk, yogurt, cheesecloth and maybe a thermometer.  I haven’t tried ANY of these yet… though some are in progress as I write this: 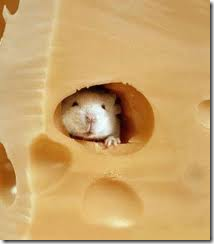 The key to accomplishing all of this is turning over the kitchen earlier.  Like this coming Sunday.  We are SO far from being able to do that it isn’t funny.  But if I’m going to get serious fermentation going on ahead of time, it will (somehow) have to be done.

I will be sure to keep you posted – unless I fail, in which case I’ll slink into a corner and sulk, while shelling out hundreds for cottage cheese, cream cheese, and those little individual flavoured rip-off yogurts.  Bah, humbug!

How are you cutting back this Pesach?  Inspire me!!!