Our Day with Chagall

We went with my mother to the Chagall exhibit at the Art Gallery today.  Lots of whining from Gavriel Zev, almost the second we arrived, but otherwise, very enjoyable.  My mother actually rented the headset thingy, and I figured that would slow us down for sure – with the Abstract Expressionists, we just kind of raced past the masterpieces at top speed.  But no, it was fine.

I told Naomi Rivka at the beginning that when we were finished, we’d each be picking a piece to sketch and bring home.  We both ended up picking paintings from the fifth and final room – perhaps because we were both tired. 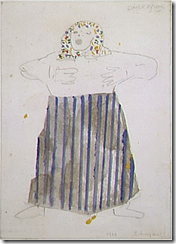 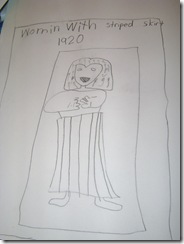 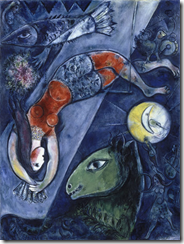 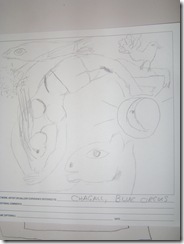 We only noticed at the end – the tiny moon is playing the violin.  Beautiful!  (Chagall’s, not mine!)

I bought a package of watercolour pencils for Naomi, and when we got home, after lunch, we coloured this painting, Over Vitebsk, which was one of the ones we saw (click the colouring version for a printable page): 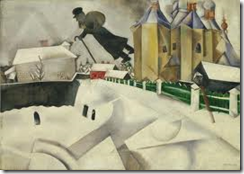 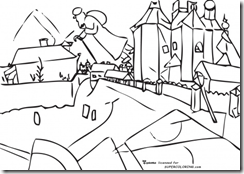 Naomi’s first, then mine.  She kept making fun of all the bright colours I chose, testing out the pencils… hers is far more true to Chagall’s. 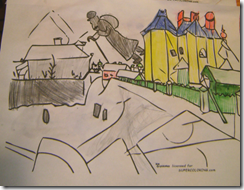 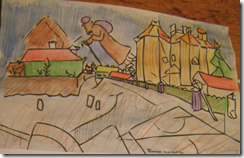 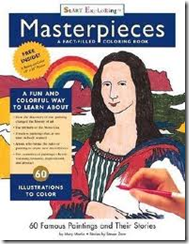 I also did one from our Masterpieces colouring book of I and the Village: 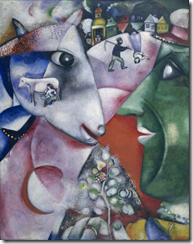 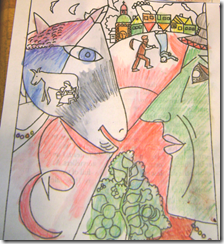 (That village guy looks like the Wicked Witch of the West…)

While Naomi drew and coloured a sketch of her own: 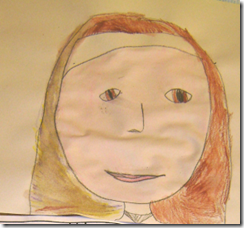 We went out at 10 am, and that was basically ALL we did today.  We came home and crashed, had lunch, read some stories, and… well… now it’s now.