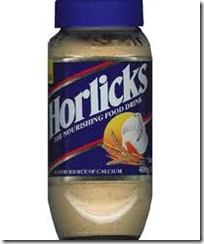 It’s the centre of a malteser, it’s a trip to Britain in a jar (well, now they’ve replaced the classic 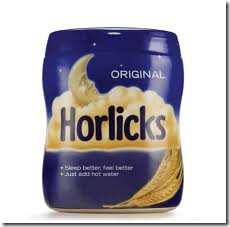 glass jar with a plastic thingy like soup powder comes in, but never mind), it’s a warm friendly barley snack on a chilly afternoon.

Okay, I admit, this is weird.  But the concept of a grain-based beverage shouldn’t be all that foreign to anybody who has ever drunk… BEER.  Right?

I don’t know when or why, but at some point, Horlicks entered my life at exactly the right moment.  My brother and I would literally eat the stuff by the spoonful from the jar.  When we wanted to exercise “self-control,” we’d spoon it over ice cream (try it!).  I don’t know about him, but I definitely ate it on my corn flakes more than once.  (we were forbidden to eat cereal with sugar on it – see this post for more on the random pathetic cruelties of my upbringing)

Anyway, Horlicks (no punctuation!) only left my life when I started getting serious about kashrus.  While it’s produced under kosher supervision in the U.K., it isn’t over here, which means this is the top of my wish list when anyone I know is travelling over there.

The fun part is that almost nothing has a hechsher over there – perhaps out of fears of antisemitism – so you just have to KNOW what’s kosher.  When I visited England in the early 90s, that meant buying a special book and carrying it around with you in Tesco to pick the products that were listed in the book.  These days, they have a website you can search, which is more convenient for me to do from Canada, but probably less convenient if you’re walking down the aisles without an iPod or smartphone.

Anyway, when my sister asked if there was anything she could bring home for me… I didn’t even have to think longer than it took to check the website and make sure it was still kosher.  So now I have one jar plus two packets of Maltesers, which we also have here, but which are not produced under kosher supervision.  Mmmmm… Malt – truly the taste of merry olde England!

Here on the North American side of the pond, Ovaltine seems to have been the hands-down winner in the grain-based beverage wars.  Perhaps because you don’t snicker so much when you say it.  However, the entire category seems to have lost out here to the “bean” genre of warm milky beverage. 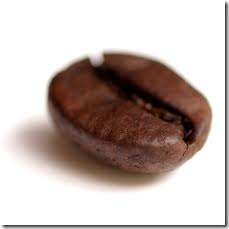 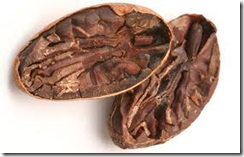 Why it’s “sexier” to drink a bean than a grain, I’ll never know.  Can’t just be the caffeine – chocolate doesn’t have so much of that, does it?

What kind of drink are you craving right about now???