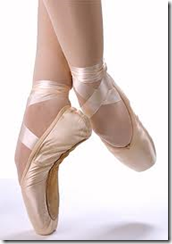 …“Your child is extraordinary.”

For almost twenty years, I have hoped and prayed and longed for slightly-above-average children.  Bright children, helpful children, menschlich children.  Just please, please don’t give me extraordinary children.  Nothing too high or too low; nothing that stands out.  I want my children to be the ones that, when I bump into their teachers in the grocery store the next year, won’t be able to place exactly who I am, beyond just “parent of former student.”

When the big kids were not so big, I used to say to them all the time, “smart kids are a dime a dozen – I want you to be NICE kids.”  Nice.  Nice and average.  Isn’t that a wonderful thing to hope for?

Of course, I failed right out of the starting gate.  Nobody who has ever taught YM or seen him in a classroom has ever forgotten.  I hope that doesn’t sound like a big brag; it feels awful.

Last month, we went to a wedding and I sat at a table where I knew nobody except a pretty, cheerful young woman I’d never met before, who sat next to me recalling minute details of her interactions with YM when she was a student teacher ten years ago.  (“Maybe she remembers because she was a student teacher and it was all so new,” you might say, but give me a break… after every single educator for 17 years has told you the same anecdotes, you know it’s not a fluke.)

A kid with potential is no kid for a lazy parent like me to have.  I want to sit back and open the report cards (when I can #$!%^ find them – Elisheva’s went missing last week and I’m still searching), and sit with the child, praising some marks and gently criticizing others (“you could probably do a bit better over here”).

A teacher telling you your kid has potential is a teacher you’ve trusted to mold your child suddenly tossing a live grenade right back at you:  “Here – do something with this!”

Which is how I get around to saying… like a bazillion little girls, Naomi loves ballet.  Like a million, she’s good at it.  Like hundreds of thousands, she’s quite good at it.  She has beautiful posture, strong feet, an excellent turn-out and an arch that would be sheer poetry en pointe.  (I know; I spent years admiring other girls’ arches and wondering why I didn’t have any)

Last year was her first year old enough to take “real” ballet, through the City of Toronto, which is what we can afford.  She took “bad ballet” near our house, then even worse “inner-city ballet,” and had fun with both.  The calibre of the classes was extremely low, which is okay, because they’re just kids.  See above:  I don’t want extraordinary kids – I want a kid who enjoys dance and has an opportunity to shake her sillies out, to classical music, which is cooler and more cultural than hip-hop for some snobby European reason I don’t want to think about right now.

This fall, I signed her up for a new ballet class, and for the first time, she got a teacher who seems to know about ballet.  Probably too much for the classes she’s supposed to teach; she’s a young, slender blonde Russian who always seems vaguely tormented having to teach such a dishevelled lot of 6-to-12-year-olds (there is SO much difference between 6 and 12, in terms of what you can teach and expect them to learn).

Anyway, Naomi Rivka loves it.  With just a little prodding from the teacher (along with her 1-hour experience at the hoity-toity National Ballet School), she looks absolutely gorgeous as a dancer, straight and strong and confident.

The bad news – I realized this even before the class began – is that the January class was already full.  So after hesitating for a few weeks, I signed her up for the Intermediate-level class that comes afterwards.  Again, it’s for ages 6-12, so I felt weird signing her up, because she’s still only 6.  But I figured she’d have the same teacher she likes, and maybe not drag the class down too much.

Hesitatingly, I asked Ted to ask the teacher today, at the last class, whether she thought it was appropriate for Naomi to go into the Intermediate class.  He came home glowing:  “she says not only is Naomi ready for the next class, she could probably study professionally.”

SCREEeeCHhh!  (think of that screeching-DJ thing they do in movies when they scratch the record to get your attention.)

In my head, I told him, “don’t you ever say anything like that EVER AGAIN!”  But in front of Naomi, I just said, “that’s great!”  Of course, he repeated the thing at supper tonight to my mother.  And again, the SCREEeeeCHhhh went off again in my head.  “No, no, no, no, no.”

Still.  Ted has a right to be proud.  Just like I have a right to be scared witless at the thought that my daughter could potentially have an extraordinary talent.  (my mother, having worked in the world of professional ballet, was just appalled at the idea of professional training for a 6-year-old)

Anyway.  For now, Naomi’s average, we’re average, let’s all keep on being average.  Living in a place where, as Garrison Keillor describes his fictional Lake Wobegon, "all the women are strong, all the men are good looking, and all the children are above average."

Am I the only one running scared at the thought of an extraordinary child???