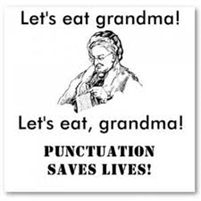 So I have been working a little bit on the side. Nothing much, certainly not enough to right any serious financial woes.  just enough to get me out of the house and completely ruin a day or so every week in terms of covering any meaningful educational content with my kids.  Which, what with field trips, holidays, travel, illness and general sloth, has brought us down to almost ZERO full, normal academic days in the last month.

(On the other hand, as Rabbi Nachman pointed out (c/o this old blog post), every day is new – there is no reason to expect it to comply with some sort of blueprint.)

Anyway, the thing I am doing at this mysterious work site is… copy editing.

Which has been going fine, just fine, because it’s a little bit like writing, at least, the tedious final stages of writing, when the article is done and you just need to fine-tune it into some semblance of readability: smooth out the odd little farts and blips you yourself have ironed into it.  It’s embarrassingly personal; I cringe when I see those mistakes, but when it’s my article, I generally go over it and OVER it and over it until it’s as close to perfect as I can make it. 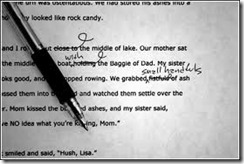 Copy editing, it turns out, is basically the same thing, only with someone else’s article.  So instead of your own farts and blips, they’re someone else’s, and it’s your job to find them and figure out what the heck the (so-called) writer was trying to say.  It’s still embarrassingly personal, like rummaging in someone else’s underwear drawer.

It’s also kind of fun, in a geeky “fixing the world for readers everywhere” superhero kind of way.  The book “Eats, Shoots and Leaves” comes up more often than it legally has a right to, since it legitimizes the kinda-cool superhero aspect of grammar and punctuation without really saying much about how poorly-received grammar sticklers often are at real-life parties.

At least, it was kind of fun until today… when I got some feedback on articles I had copy edited and – gasp! – discovered I know absolutely nothing about anything.  Or, at least, I had no clue how to use THAT and WHICH correctly.  My sister Abigail would, I’m sure.  Not only WOULD she know, but she’d probably be able to tell you in a couple of languages what part of speech they are, and why, and how to conjugate them seven different ways ‘till Tuesday.

The person in charge explained it a couple of different ways, and I nodded and understood – kind of.  In reality, the “smarter than me” alarm bells were going off, causing various important bits of my brain to closing off like the safety hatches on the Titanic (and we all know how well those worked!).  It’s a survival mechanism; I get the same thing when anybody tries to use the word “deconstructionism.”  If my brain doesn’t clam up, it’ll all leak out my ears…

Here is the difference, by the way (from a fuller explanation at this site), in case you’re still here and you still care:

There – isn’t that nice and clear???  Actually, the site is kind of helpful and I think I do understand now.  But I’m not going to tell YOU.  That would be showing off.  Plus, I might still be wrong.

The truth is – I’m an imposter here, people.  I don’t really know how to write.  The only reason I took up freelance writing in the first place was my preternatural gift for spelling – that and the fact that there aren’t many other legitimate trades you can ply as a single parent in the middle of the night in the dark while your children are sleeping.  So I started to write freelance – and only then decided to figure out what I was doing, via one Board of Education course plus two Continuing-Ed short-fiction courses.  How ‘bout THEM credentials?

People sometimes CALL me a journalist, and I always correct them – I have tremendous respect for people who study journalism, though, I admit, my eyes glaze over at the thought of ever doing it myself.  Whenever I absolutely have to write something in a newspaper style, I end up flashing back to the “training” I received in junior high, pretending to write newsy articles about To Kill a Mockingbird.  Whatever I remember about high school English was all about Shakespeare, and Chaucer… nothing so prosaic as the newsroom.  But that’s me now:  the Prosaic Poseur.

So there you go… that’s what I’ve been up to on the days I haven’t been schooling my kids, travelling to Ottawa or shlepping around in the great out o’ doors.  Proving my mettle and/or bluffing my way through the world of work; praying this will look better on my résumé than it does in my bank account.

Perhaps it will do me some good to memorize these helpful proofreaders’ symbols!