Is ASL an endangered language??? 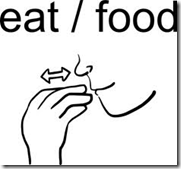 I was sitting wondering this in class tonight, probably when I ought to have been paying attention, but what else is new?

Who’s going to use the language in 20 years?  Is it like learning Latin, a static, dead language, or, like Yiddish once was, a language reserved for chatting with old, stubborn people who refuse to go with the new ways (in the case of Yiddish, this was “learning English”… whereas in the case of deaf seniors, it is “not getting cochlear implants”). 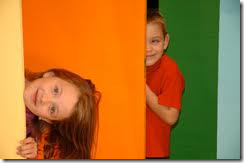 One of the best-known deaf kids (THE best-known?) thanks to her mother’s “Signing Time” DVDs, even Leah Coleman now has cochlear implants (actually, as of seven years ago – read the article; she makes many good and important points).  Her mother still recommends signing as part of the child’s communication toolbox, but not necessarily as the primary, first language of deaf children that advocates have worked so long and hard to have it acknowledge to be.  (She DOES strongly recommend giving children a language, any language, be it English or sign, before age 3.)

I’ve blogged before about the impact of implants on ASL and other sign languages before… actually, I kind of said the opposite of what I’m saying now, which was that there will always be a need for sign.  I guess it’s true that there will always be a NEED… but I worry that my teachers’ generation, people in their mid-30s to 40s, will be the last true generation of native signers.  Ultimately leaving deaf kids “orphaned,” without a language.

Still – just as they declared the death of Yiddish far too prematurely (remember, before the Chareidi baby boom, when people were predicting that in a dozen years or something, nobody would speak Yiddish anymore???), it’s too early to toll the bells for ASL or any other sign language.  It’s just tough, sometimes, sitting entirely surrounded by hearing people artificially immersed in a world of silence… a silence we have created, voluntarily, by mutual agreement.  Sitting there, basking in our Deafness, promising ourselves we have found authenticity.