Luckily, Naomi Rivka was the only one in a bright fuchsia skirt, because I forgot to bring a REAL camera and was stuck taking pictures with my camera phone. 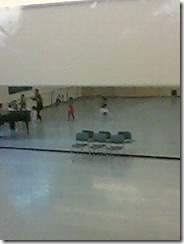 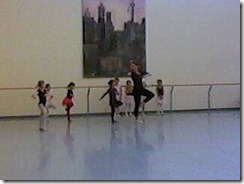 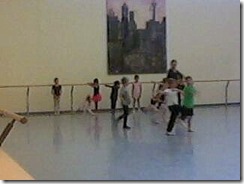 We signed up for two free demonstration classes, courtesy of Canada’s National Ballet School and Culture Days.  However, as much as Naomi enjoyed the ballet class, the hip-hop (Urban Dance) class was overwhelming and she chose to leave after a few minutes (read:  I made her stay, crying, for 5 minutes, to SEE if it was something she might like). 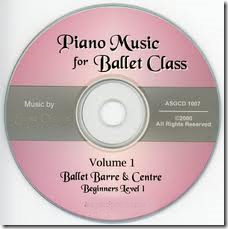 What a beautiful studio.  It made me sad that she will probably never take classes with a real, live piano accompanist – something I totally took for granted at her age.

There is just something GRACIOUS about having the music start and stop on the teacher’s cue, almost like she’s controlling it telekinetically.  Starting with the subtlest “And –“ and ending with “Thank you.”  And clapping to acknowledge the pianist at the end of every class.

My mother worked as a piano accompanist for years while I was growing up, for City of Toronto classes, and some other places around town (Claude Watson, Koffler, George Brown).  But even though, as today’s class proves, there are still a FEW people working in the field, it must be very, very competitive.

In Naomi’s classes, the accompanist has been replaced by a boombox and CD.  Saves a fortune.  Costs nothing… except a little magic.