Parsha narration (out of order, with LOTS of complaining because Elisheva was in the room, but nicely worded and clear once she actually started talking).  Clockwise from top left:  Jewish King in chariot with Torah scrolls, Soldiers who can’t go to war, Wasting a crumpled bag, Killing a calf to atone for a murder. 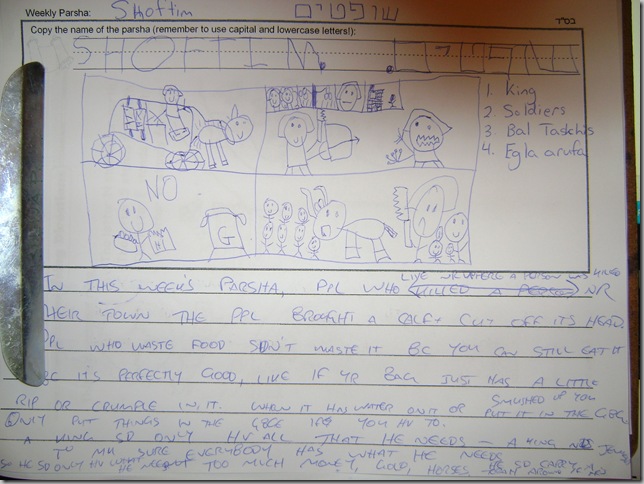 So many complicated themes in this week’s parsha.  I just went with what My First Parsha Reader had to say, even though I know it misses out on a lot.  We also watched the G-dcast, parsha, of course.  Way above their heads, as usual…

I’m actually doing SOME of the cooking this week.  More than I have all summer, it seems like.   Here, I’ll show you all my dishes in GREEN and Ted’s in MAROON.