“The girl you just called fat? She is overdosing on diet pills. The girl you just called ugly? She spends hours putting makeup on hoping people will like her. The boy you just tripped? He is abused enough at home. Laugh at the man with the ugly scars? He fought for our country. That guy you just made fun of for crying? His mother is dying. Put this on your status for an hour, if you are against bullying. --- Save a life. National Suicide Prevention Week”

Now, don’t get me wrong or unsubscribe or whatever it is you feel like doing to me out of spite.  For the record:  I am NOT opposed to suicide prevention!  I am opposed to trivialization, and, okay, as a tech geek, wasting processor time spreading drivel.  And as with the Depression Meme and talking about mental illness, I think this is a case of “too little, too weird, too in-the-wrong-place” to actually do any good.

After all, who’s going to see it, again, if you post it as your Facebook status?  Oh, yeah… your friends.  So here’s what you’re telling them:

“Dearest and most Intimate Facebook Friends:  I heard you called a suicidal girl FAT.  Now she’ll go home and OD – nice work, Einstein!  And that ugly girl you dissed?  She’s desperate for friends.  Was that you who tripped that abused boy?  Must have been.  After all, you had the chutzpah to laugh at a scarred veteran!  Shame on you for not knowing that REAL MEN CRY while their mothers shrivel away from some horrid thing.  And I know you won’t post this RIGHT AWAY… because you are miserable scum of the earth!  <3 Love & BFF hugs, your good friend, <3 Meeee!” 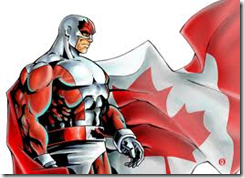 As for “National Suicide Prevention Week,” like anything that starts with “National,” the loyal canuck in me just HAS to ask – which nation???

Apparently, cynicism aside, this IS a real event (in the U.S.)  Unfortunately for the lady who just posted this as her status, it was two weeks ago, from September 4-10, 2011.  September 10th is also World Suicide Prevention Day (internationally, through the World Health Organization).  I have seen this facebook status year-round now, for I don’t know how long.  And notice that Suicide is ALWAYS followed by the word “Prevention.”  Lest you think that the American Psychiatric Association and World Health Organization are suddenly and radically coming out in favour.

Please note also:  my intention is not at all to mock anything or anyone EXCEPT people who essentially take advantage of their Facebook status to insult every one of their “friends” who might happen to read it.