Flattery gets me everywhere… 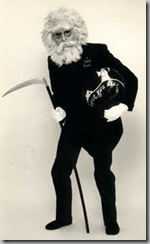 In signing class last week, we had to do a “scavenger hunt” type activity, where you need to ask questions to all the other people in the class to find people who… were born in Texas, b0rn in December, are married more than ten years, etc.

One of the challenges was to find somebody older than you are.  I didn’t even bother trying:  these are all basically kids in the class, fresh out of university.  A few weeks ago, people were talking about courses they’d taken and I mentioned one and they were interested and asked when I’d taken it and I was forced to admit it was practically before they were BORN.

So last week, when the teacher was taking up that particular question, he asked each person, who pointed in turn to somebody who was older than them.

So I signed “NOBODY – I’m OLDEST.”  He looked puzzled, like I’d misunderstood the assignment.  He looked around the room, then asked “OLDER than ME?”  I nodded.  He said, “I’m 37,” like that is so very, very old.  So, again, I had to shrug and sign “I’m OLDEST.”  Realization dawned and he dropped the subject. 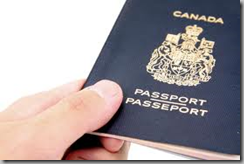 And then, on my way to Baltimore over the weekend, when we pulled in at Customs & Immigration at the US border, the border person looked at me cheerfully and asked, “you’re travelling by yourself?”  I nodded.

She asked where I was going, and I said “Jewish homeschool conference.”  She said, “who do you homeschool with?”  To which I replied, nicely, “my children, at home.”  At which point she looked at the passport and did this really AWESOME double-take.  “Oh, I’m sorry – I thought…”

Yes, it’s true.  Child at heart, perhaps, but 41 years old in body.  I’m always told that this will serve me well later in life.  Like when I’m a senior citizen and I want to booze it up and I’m still getting carded?  Like when they start offering deep discounts to early-middle-aged people?

Certainly, it didn’t serve me well when, in my first marriage, my husband handed me the car keys and I got in to drive away only to hear a neighbour shouting at him about why he was letting me drive a car.  I was older than my first husband by a year and a half.  Also didn’t serve too well when, after Elisheva’s birth, I got carded in a liquor store buying kiddush wine – in Alberta, where the drinking age was 18.

These days, I don’t usually get stopped from doing what I want, so I just find it cute… I think.

Are you sometimes mistaken for a different age?  Is it older or younger than the real one???