So this election is apparently tomorrow, and I just unearthed our voter cards, but can’t for the life of me recall any of the issues and couldn’t care less about the budget, which seems to be both the reason for the election and everybody’s prime talking point.  Which one of these fabulous people is qualified to be our leader?

I pulled all the pictures because Elisheva typically “votes” based on who has the best hair. 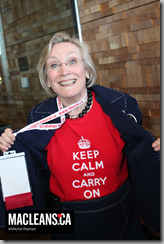 (can you guess which candidate appears twice?)

I am tempted to vote for the pimply guy on the orange background, simply because how can I resist that cute chin cleft/dimple???  He certainly has the MOST bangs of any candidate.

Seriously, give me something substantial to vote on here – I’m going crazy!  No wonder the frum community has made this election all about Israel.  My mother’s right that foreign policy is a small part of what our federal government does, but at least it is a THING, a concrete thing, that you can point to and say “aha!  a platform!”  (or at least, a plank)