Back from the Torah Home Education Conference 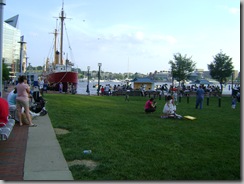 And it was good.  Nay, wonderful.

I’ll write up some highlights tonight… but meanwhile, my quick take were that the top picks were talks by Elijah Cox, a 2nd-generation frum homeschooler, and the closing talk by Dr. Hadassah Aaronson, which offered chizuk and SOooo much more.

Another huge highlight:  despite my avoidance of F2F situations, getting to meet Michelle of Lionden Landing.  She’s a science educator by background – between the two of us, we could probably come up with the GREATEST Jewish homeschool co-op ever conceived… but alas, she lives over 12 hours away.  Still, it was a treat – not to mention wrapping up the day yummy Chinese food at David Chu’s China Bistro.

By wrapping up the day, I mean the conference part of the day.  My bus didn’t actually leave until 11, from a remote mall in the far, far nether reaches of Baltimore.  I did a little sightseeing, but after a night on the bus and a day at the conference, me and my feet didn’t have the heart to really go exploring much.

In the end, I went to a bookstore, sat on the subway and read for a while, then hopped on the #35 to the remote mall.  I was hoping to buy a water bottle and was pleasantly surprised to find a grocery store still open, where I bought four packages of Snyder’s of Hanover Cheddar Cheese Pretzel Sandwiches (which you used to be able to buy here), four Kit Kat bars (not kosher here), and one bottle of Gulden’s Spicy Brown Mustard.

(I really like to keep them guessing at Canada Customs when I tell them what I have to declare!!!) 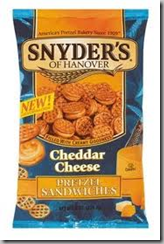 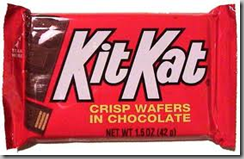 Oh – more loot, from the conference.  Bracha Goetz, a frum children’s author, spoke and I bought two of her books:  The Invisible Book

(which the kids are too old for, but it’s super-cute!). 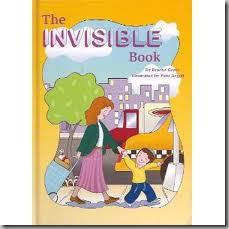 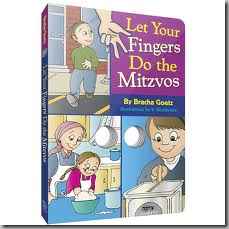 Plus a mini-flexi-Reading Light for the trip home, because they always seem to turn off all the lights on buses, even the “reading lights” that were put there specifically so passengers could read in dim light.  Aargh.

So that’s it for the (not much) loot.  More about the substance of the conference later!