Winter is posturing mightily this morning.  Here’s what greeted us when we walked outside at 8-ish to drive Ted to work: 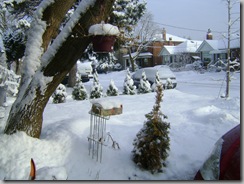 Is this its last gasp?  As when my children puff up their cheeks and mutter murderous threats, it’s all I can do not to giggle.  The porch thermometer reads +1.  The end is in sight now; for all its tough talk, winter can’t last. 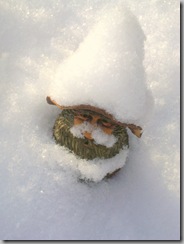 His reading skills are light-years ahead of his coordination, so we’ve kind of reached the limit of what we can do in his workbook. 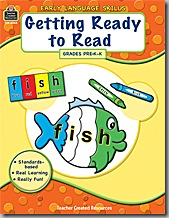 He’s okay if it’s just circling same/different – in fact, he LOVES the same/different sheets.  I guess we need a book that’s ALL same/different, because this one has moved on from recognition to simple line drawing and basic strokes / character formation.  At first he could keep up, when it was basic mazes, but now it’s drawing X’s and O’s, and that’s way beyond him at the moment.  I do like the book and plan to return to it once he’s ready.

Meanwhile… some suitably Wintry Math!  Just trying to figure out where I downloaded these sheets from; it was a while ago.  Ah – here we go – lots of snowy wintertime printables from Itsy Bitsy Learners! 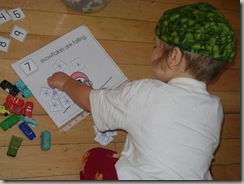 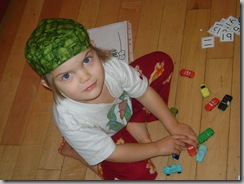 We practiced the numbers in a “Montessorish” 3-period style:  “This is THREE.”  “Can you show me FIVE?”  “How many cars do I have here?”  Because it’s review, I’m moving quickly through the periods, but understanding this technique – which Charlotte Mason also observed and approved of in Maria Montessori’s work – is very helpful, and applicable to any subject, at any level.

And now… breakfast time!  While he happily listens to his davening CD.   Today is the first time he’s gotten even a little fidgety in the absence of all the other kids.  Usually, he’s extremely independent – the point of resenting intrusion.

I probably shouldn’t have interrupted his independent play to do the worksheets and math, but I knew he’d enjoy it, and I had to do it in a break in my gruelling dishwashing schedule.