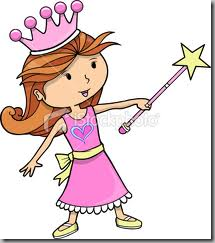 As a homeschooling parent, there is so much I CAN do and DO do on a regular basis that it’s discouraging when I come up against one of my failings.

Yes, failings.  (family members, especially younger siblings:  this is not true; I am lying, I am omnipotent, I am making this up, and therefore stop reading right now)

Here’s one:  I absolutely cannot, in any way, make up a story. 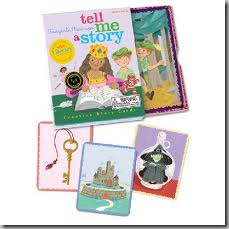 In one of my signing classes, the teacher was trying to get us to sign more fluently by making us draw three random “story cards” and then using classifiers (descriptive hand movements that don’t correspond to exact word-signs) to tell a story based on the pictures we’d drawn.

Well, I failed miserably, and would have failed in any language, even English.  One of my “stories” involved an elf who found a key and a baby and a bag and there was a lot of random arm-waving but it was basically a STUPID story that culminated in the elf OPENING A DOOR!

Don’t get me wrong:  I can write a story.   Not that I do, much, these days, but I can.  I’m a good writer, and I’m proud of it.  But I can’t TELL a story that I haven’t previously written down or memorized.

And that’s okay, it turns out, because Ted can.

He has started relating a “Princess Heather” story episode every single night.  The stories are short and sweet and a little (okay, a LOT) dumb, but that’s exactly why I’d be lousy at making them up, and the kids LOVE them.

The closest I came to telling a story, I think, was one time in the car, stuck in traffic, when I told a story about “Snakerella” that was suspiciously like a serpentine version of a certain classic fairy tale (instead of a glass slipper, she wore a silk tube).

But really, my kids only need one parent with this skill, so I feel like it’s okay if we share the storytelling labour a little unevenly.

Here’s the latest Princess Heather episode, memorialized at Ted’s blog, which he optimistically renamed Kosher Nice Time Kids (check out the URL for its original name).  You can read through the other posts for some sparse glimpses of what life is like on the other side of MamaLand (would that be AbbaLand?).