When dentists try to act casual…

…They say “there’s something going on.”

Don’t say something.  Of COURSE I believe “something” is worse than “a cavity.”

And don’t continue, “it’s just that Laura [hygienist] is very concerned; we like to take really good care of our patients.”

Finally, I overcame my meekness and asked (best I could with a frozen half-mouth), “could you tell me what the something is?”

Although, he says, there is some bone loss.  “How old are you?” the hygienist asked while she was looking at my X-rays.  Like my chart wasn’t right in front of her.

“So… is there anything you can suggest that I do about that?”  (this is a hard thing to say with a big blubbery cheek) 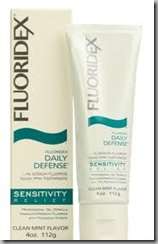 Well.  As usual, he loaded me up with a ton of dental products, after assuring me the special toothpastes they give are VERY expensive.  “We pay for all those products, you know,” he pointed out, conversationally.  “People think we get them for free.  That toothbrush?  In a store – that’s a $4 toothbrush.”

I think he’s just telling me to be chatty.

“You can’t imagine how much the MI Paste is,” he continues. 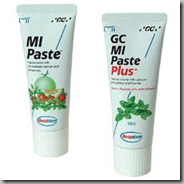 “Like around $20?”  I checked on eBay when it ran out last time, but opted NOT to spend my own $20 on toothpaste.  Now I am feeling super-guilty.

“Pretty much,” he says, disappointed that I have guessed correctly on the first try.

Here is another thing about dentists’ offices:  your privacy is GONE.

Everything other doctors do to keep your things private… well, dentists pretty much don’t.  I’m lucky that this dentist has doors; the last one just had partitions – you were a couple of feet away from the next patient.  You could probably have held hands if you wanted to.

The worst was my early-teen orthodonture, which was done on the cheap at a clinic at the University of Toronto’s Faculty of Dentistry.  Picture a great big cavernous room, maybe the size of a Wal-Mart, but instead of racks of clothes and electronics, it’s just dentist chairs.  (My memory may be exaggerating the scale a wee bit.)

So:  big room full of dentist chairs, and supervisors milling about to make sure the student orthodontists don’t mess up too badly (my mother assures me, have already graduated as DENTISTS – I’d hate to have been in that clinic!).  Nevertheless, mine does mess up a bit, requiring a few months of “corrective” orthodonture to correct the overcorrections.  That’s why they call it a SCHOOL!

Ordinary dentists’ offices are a bit better, but still.  They leave the door open?  And folks stroll up and down the halls, pretending not to look.  Except the receptionist, who constantly pops in and out with messages.  And the assistants, who pop in and out for supplies.

That’s nothing; some dentists’ offices even have big windows to the outside so passers-by can peer in while they work!  Sure, there are blinds.  But I suspect they are not always so careful about closing them.  My dentist has a storefront on Eglinton, but luckily, all you can see when you walk past is FISH. 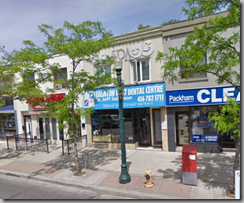 The rooms where stuff happens are in back – but the doors are still wide open.

I usually don’t mind so much except when I’m feeling very vulnerable, and today there is a huge and (this is no joke) BLOODY bib on my chest.  Huge great big blobs of blood are smeared over me; perhaps my hygienist is studying butchery in her spare time.

They do have a “vulnerable room,” way in the back so nobody walks past.  That’s where I went for my wisdom teeth, so I could lie and mumble deliriously and enjoy the laughing gas effects without being too self-conscious.

That’s where I got to sit and wait for the dentist to come in so he could tell me about the SOMETHING that is going on “back there.”  Meaning way deep in the inner recesses of my head:  scarily, just inches away from my brain.

This time around, the SOMETHING is just a cavity or two, although these days, fillings have a way of turning into root canals awfully easily.  And there is also some concern over “bone loss.”  But the hygienist stuff I’m having done – two mouth-quadrants down, two to go! – are potentially more effective than surgery, he says.  So yay.  I think.