This is a basic overview of the Yaakov/Rachel & Leah story in a very traditional “Q&A” format, which can be easily reworked for young kids of any age. Answers in brackets are the usual or traditional answers, but be open to anything your child might have to say.  Adapted from the Vayeitzei page of Parsha Pages for Sefer Bereishis.

יעקב was running away from his home in ארץ כנען…

Who was יעקב running away from?  (his brother, עשו)

Why was עשו mad at him?  (in last week’s parsha, יעקב got a ברכה from their father instead of עשו)

Where was he going?  (to his mother רבקה’s family in חרן)

He knew that was a special place:  אברהם did the עקדה there!

What did יעקב do there?  (davened מעריב)

יעקב used a very unusual pillow… (it was made of  12stones!)

What did the stones all want? (to be יעקב’s pillow)

יעקב fell asleep – even though his pillow was made of stone!

What did he see standing in his dream?  (a ladder/סֻלָּם )

Who was climbing up and down the ladder?  (מַלְאָכִים  – angels)

What did  ה׳tell יעקב in his dream?  (don’t be afraid of עשו)

When יעקב woke up, he continued on his way to חרן.

The first thing he saw there was a… (well)

What was covering it up?  (a big, heavy stone)

Who did יעקב meet coming out to the well?  (רחל)

Was anyone strong enough to take off the stone?  (yes – יעקב was!)

יעקב went to רחל’s family to ask if he could marry her.

Did he say yes, that יעקב could marry רחל?  (he said יעקב had to work seven years first)

After seven years, did he keep his word?  (no – he tricked יעקב into marrying לאה)

יעקב married רחל, too, but he had to work another seven years for her!

Did  לאהhave children right away?  (yes – so that יעקב would love her more)

Did  רחלhave children right away?  (no – she did not!)

Which other imahos couldn’t have babies at first?  (שרה, רבקה)

ה׳ did give  רחלa baby – יוסף!  And we’ll learn about him in next week’s parsha… 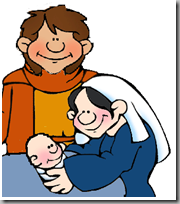