It wasn’t just the snazzy sheitlach, but also her signature turtleneck-within-a-jacket look that made me think that Brandon, Manitoba’s new Jewish mayor, Shari Decter-Hirst, could be just a little bit… frum.

I mean, look at these: 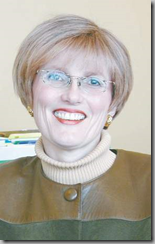 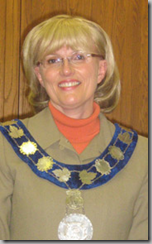 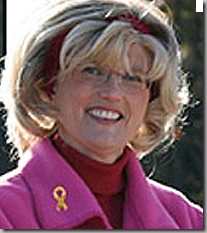 Oh, yeah… plus, she lives in Brandon, a city with almost zero Jewish community.  She’s fifth-generation:  her family arrived there in the early 1900’s.  According to this article, “other families with strong Jewish roots in Brandon that she mentions are the Cristalls and Gerald and Sybil Dressler.”

In other words, outside of a transient university population, the Jewish population is THREE families.  “We used to invite people over for Jewish holidays, but don’t do that much anymore,” Decter-Hirst says.

(Personal connection:  my ex-husband lived in Brandon for a short while.  And I have personally zipped past it twice at 120-140km/h on the Trans-Canada Highway – though the highway doesn’t actually go through town.)