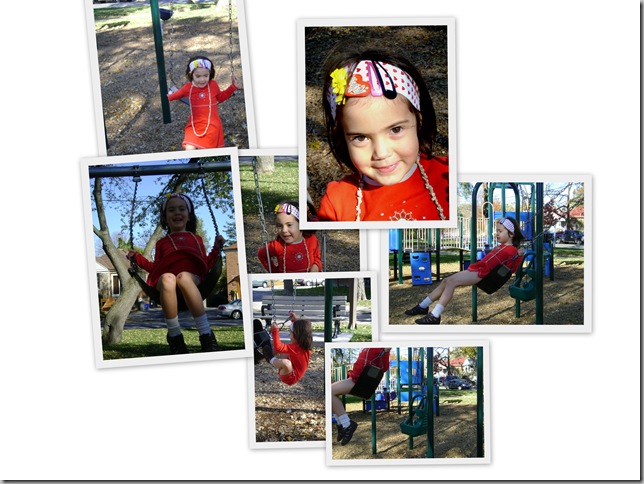 I saw an idea for this “leaf rainbow” online, and Naomi Rivka is very into rainbows right now.

The differences between leaves are not that striking at first, so she didn’t get what I was doing at the park asking for different shades of leaves, or when I started laying them out on the floor.  But by the end, she was right in there, bossing me around and swapping them so they’d be in the “right” order. 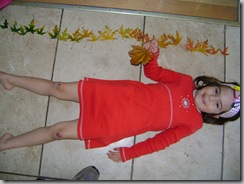 It may not be school, but if this isn’t education, I don’t know what is…

p.s.  Yes, she’s wearing a long necklace in the “swing” photos.  Shortly after that, some mama instinct kicked back in & I remembered that it’s dangerous to wear a swingy chokey necklace on playground equipment, so I offered to hold onto it for her.  That’s why it’s missing in the bottom photo with the leaves.