Think now of something that’s so hard to count;

Think of the very biggest amount.

But NOW think of something that’s much more than those.

Think of the stars or the sand at the beach,

Point to them all, give a name to them each.

Well, you cannot do that, for you can’t count them all,

And to stack them all up would be far, far, too tall.

If YOU wanted to give me the biggest reward,

To show me I’m great or how well I have scored,

You could give me one thing or even a few,

But there’s only so much that one person can do.

For Hashem, it’s different; He can do everything;

He can give you a present no person can bring.

To Avram, in Lech Lecha, Hashem gave a task,

A job that’s so hard that nobody should ask.

“Leave your family, your folks, your people, your home

Go out walking so far; oh, so distant you’ll roam

I will test you ten times and the tests will be hard, 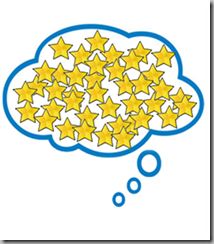 You’ll be tired and thirsty and battered and scarred.

But at the end of it all, I will give you a prize,

A great nation that stretches as far as your eyes.

A land filled with honey, with milk and with trees;

A land filled with hyrax, with barley, with bees. 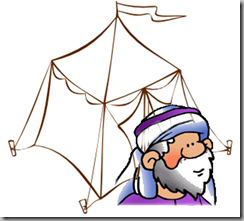 Look up to shomayim; count the stars in the sky

Each one is a grandchild you’ll have by and by.

They will live as you live; try to be just like you

Each one proud and happy to be called a Jew.”