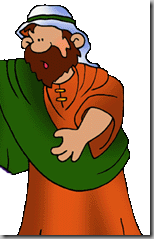 Just sit right back and you’ll hear a tale,

A tale of a mighty fish.

A holy man got swallowed up,

Oh, what a fateful dish.

Hashem chose him for a special job,

A job that was so grim,

The rotten people of Nineveh

Had to hear a message from him.

But Yonah thought he knew his stuff

Much better than Hashem

He thought he’d better run away

Instead of talk to them. 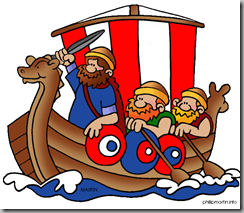 He hopped aboard a passing boat

To take a little trip

He thought Hashem would leave him be,

Far off inside that ship.

But you can’t run away from Hashem, you know,

As Yonah sure found out,

The waves, they came a-tossing in

As the sailors all began to shout.

They all were praying to their gods,

And begging to survive,

But Yonah knew with him on board,

None would stay alive.

He leaped off from the ship’s strong deck,

Into the ocean’s mighty roar.

He thought he’d die for not listening,

The moment Yonah slid beneath,

The waves and storm died down.

That would have been the end right there,

But our Yonah did not drown.

One great big gulp, so strong! 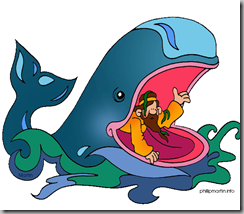 But he didn’t die at that time, too,

Though he knew he’d been wrong.

He sat right there in its fishy guts,

So sorry he hadn’t obeyed.

He davened and he begged Hashem

To save his life, he prayed.

He lay inside that beast,

Till Hashem heard our Yonah’s cries,

And the fish spit him to the east. 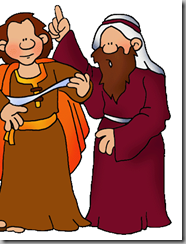 He ran and ran to Nineveh,

To carry that message through:

“You’re never so bad, so wrong at last

That Hashem is done with you.”

There’s always time to turn to him,

For Teshuvah most sincere,

Because Hashem created you,

And He wants you to come near.

Each person is special to Hashem,

Your neshama so perfect and whole;

He made you, like Yonah, and on Yom Kippur,

(all clip art is gratefully borrowed from phillipmartin.info)