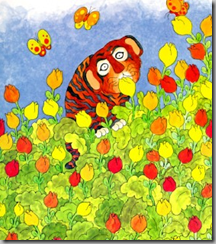 Here was my Yom Kippur epiphany during Yizkor.  It’s a minor one, maybe, but important, liberating.

During shiva for my grandfather, just a few months after my grandmother died (he had a fatal stroke in shul saying kaddish for her), my brother and I were escorting our Bubby over the snow and ice into the shiva apartment.

And my brother, who is sometimes simply nuts but is sometimes gifted with lovely, innocent insights (more often the former) – said, “careful – only one left.”

Of course.  We had lost two grandparents – both of my mother’s parents – in the last six or seven months.  We had to cherish the two we had left, steer them carefully through whatever slippery patches were under our control.

Watching my mother and her brothers after their parents died, and later, my father when his parents died, was a revelation.  They changed so much.  It was like they’d been suffocated in a chrysalis the whole time, some kind of family-cocoon that bound them, and now, at last, they were emerging as butterflies, free and in some cases beautiful.

My father went to Israel, and a whole bunch of other travel and learning and languages filled up the place where his parents had been.  My mother started keeping kosher – eventually, dabbling in Judaism and classes and a bunch of other stuff.  Her brother – the “secret achiever” of the family, with a long, non-traditional career but no formal education – went back to school and suddenly acquired a PhD.

These were grown-ups, people in their 60s, suddenly blooming into NEW people.  Were they exploring new avenues with the time on their hands, or had their parents been holding them back?

I love my mother very, VERY much.  I love my family here very much.

But I cannot do what my parents did – I cannot wait to begin what I see as the rest of my life.

I cannot wait to make aliyah, because what I’d be waiting for, what everybody means when they ask “but what about your mother?” is… wait for my mother to die FIRST.

My mother is 65 and healthy, which means I could conceivably spend the next 25 years gritting my teeth waiting.  And incidentally, make aliyah when I myself turn 65.  Just in time to retire.

As I’ve said before, I cannot believe that Canada is the “final place” for the Jewish people.  This country has been an exceptionally good and comfortable home, and I’m grateful for its haven through the storms of the last century.  There’s no way I know what the next centuries hold, but it has never been easier to live in the Land of Israel, Hashem’s promised inheritance to the Jewish people.  I intend to try my best to grab a share in it while I can.

In Biblical Israel, when a person committed manslaughter, accidental murder, he or she could flee to an “ir miklat,” a city of refuge.  There were several, clearly signed and designated safe places where nobody could come to avenge their loved one’s blood.

A safe place is good, but once there, the killer was trapped, away from friends, family.  He or she was only forgiven, could only return, with the death of the kohen gadol.

So what stopped them from praying for his death?

His mother would go around, carrying pekelech:  baskets of food, to all the killers in all the arei miklat.  I picture her with a babushka on her  head and a big basket of goodies.  It must have been a full-time job.  And such a Jewish thing!  Knowing that instead of praying for his death, they’d say, “well, he has such a lovely mother – I wouldn’t wish on her any tzuris…”

I have such a lovely mother, lovelier perhaps than the mother I had growing up, and I love getting to know her better and spend time with her.  She feeds me, she brings me pekelech at Purim time and eggs last night.  And I don’t wish on her any tzuris, like the tzuris of losing to vast geographical distances my whole entire family and all her grandchildren (though I do hope my sisters will manage to situate themselves appropriately, and then reproduce, within the next few years).

But if Hashem has said that the time is right for aliyah – and I have no certainty but I do hope – then I must go, rather than sit here in galus… praying for her to die so I can bloom at last.