How are YOU saving water? 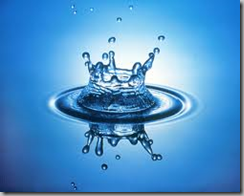 Water is constantly on my mind this summer.  Why, when I live on one of the world’s loveliest bodies of fresh water?

Maybe because we are hoping to relocate to an area that has water troubles, to say the least.  Where rain is a miracle, never taken for granted.  Where the Kinneret, the largest body of fresh water, holds less than half a percent of Lake Ontario’s volume.

It is a water-conscious place, where dual-flush toilets have been mandatory since before anybody here ever heard of such a wonder.  And just like I don’t want to arrive speaking with a bad accent, I don’t want to be some typical bumbly water-stupid North American oleh.

So I do dumb little things that probably don’t make any grand-scheme difference… just for the exercise of thinking about water:  where it comes from, where it goes – and have I appreciated it while it’s here?

This has been a hotter, dryer summer than we have had since I can remember.  Of course, before I was home with little kids, “summer” was the hot stretches spent running from an air-conditioned office to an air-conditioned car / bus  / subway.  We even used to have an apartment with central air conditioning.  I tried to spend as close to ZERO time outdoors as possible between June and September.

A house is more porous.  Especially with kids – you’re constantly in and out.  I watch our childless neighbours:  they go in, they stay in.  How do they do that?  So although we may have a small window AC unit running much of the time now, summer is an inescapable reality… especially since I also discovered my love of gardening.

Though it is hard to garden when the thermometer’s above 30° – pushing 40° with the humidity that makes it feel like you’re walking into someone’s steamy breath every time you step outdoors, I did force myself to get out the other day and fill up all the self-watering tomato waterers.  Crucial right now because without water, the tomato promise will die unfulfilled.

Being out there felt like a punishment, hot and tedious, because I’m trying my darndest – and so far, succeeding – to use the rain barrel as the sole source of water for the tomato waterers, along with all the sub-irrigated planters I can reach with the short rain-barrel hose.

I sit there, with my funnel, channelling saved rain water from the barrel into reused soda bottles to sustain my tomatoes, and feel extremely virtuous.

The rain barrel idea may not transplant well, however.  It’s tough to save rain water in a country where there is none expected between May and September, and maybe just a little bit more in the winter.

There’s always dishes to wash, though.  There’s always laundry (though Israeli machines are far more water-efficient than ours).  That’s why I’m trying harder this summer to reuse “grey water” – the not-exactly-dirty water that’s generated by various household tasks.  Dish and laundry rinse water (not the wash water itself, which may be too soapy); the collection basin from the dehumidifier.

Is grey water safe on food crops?  (I hesitate to refer to what I grow as “crops”)

At first, I didn’t think so, and I was using it only for ornamentals, which I wouldn’t water otherwise in the heat.  The three banana trees love it, and I have a well-watered coleus by the side door that is heart-stoppingly beautiful (if it wasn’t so dragons-breath hot outside, I’d go take its picture!).

Timidly, though, I have started using grey water on some of the eaty type things – the large tomato and pepper planter by the front porch; the herb planters near the door.  I’m thinking it’s probably safe – heck, I could probably drink it, in a pinch, especially the dish water.  The dehumidifier water lacks minerals, I’m told, but who cares, as long as it’s wet?

One of the greatest sources of “free” water in the front yard also stems from one of our greatest North American water extravagances:  the kiddie pool.  With a kiddie pool in play, the lawn never browns out and the surrounding flowers and ornamental plants get splashed and sprayed and poured-over and otherwise coddled in a way they never would if the junior gardeners weren’t in charge of that domain:  Water, water, everywhere.

I haven’t worked my way up to scooping out bath water, or piping shower run-off into a “rain” garden.  I may get there, but as long as Lake Ontario stays put, those extreme measures may cost more than they save.

But in an area where neighbours routinely use spray hoses to clean the driveway (ever heard of sweeping?) and set-and-forget water timers to keep grass blades plump and glowing green (dandelions love it, too!), I do sometimes feel like the virtuous one.

Or, as I observe tiny bits of dishwater-soaked macaroni among the coleus, maybe just the weird one.