We’re back!  No time to mention everything, but that’s probably for the best.

It was at once a wonderful and incredibly frustrating trip. 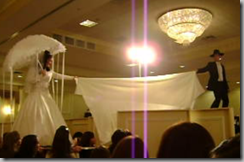 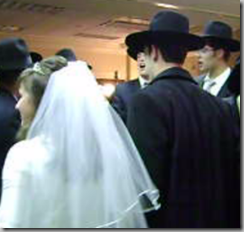 Yeshiva:  no go.  And the trip out of our way robbed us of about five hours of touristy time.  I have to think Hashem had a purpose in sending us there but it was just SOooo inappropriate for YM.  Gam zu l’tova, perhaps now we know better what we’re looking for.  Hint:  if the place doesn’t pick up its phone, doesn’t return calls, doesn’t keep appointments, and doesn’t seem to know who you are despite having made said appointment, it may not be the place to send your impressionable young son to learn mentschlichkeit.  The upside:  lots of quiet time waiting in the yeshiva’s empty office with nothing to read but the parsha!

(I know Judaism offers us lots of wisdom on our perception of “wasted” time, but my favourite passuk has always been from Kurt Vonnegut’s Cat’s Cradle:  “Strange travel suggestions are dancing lessons from God.”  I just figure we spent most of yesterday dancing.) 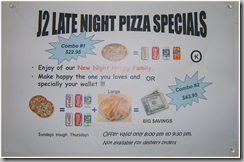 Restaurants:  yes; over the course of 2 days, despite being fed most adequately at Wednesday night’s wedding, we managed to eat out in a few of the planned venues.  J2 on Broadway – twice, for breakfast both times.  Tiffin Wallah – one of a bunch of veg-Indian places in Manhattan.  Overrated, in my opinion – the buffet was ample but not varied or flavourful enough to satisfy, and the flatbread was unrecognizable; not fresh at all… Elisheva complained that it wasn’t as good as mine!  And finally, Mr. Broadway deli, which managed to produce dinner-to-go for 3 of us in the five minutes we had to spare before catching our bus back to Toronto.  My open-faced turkey sandwich with gravy didn’t fare all that well in the hustle to Penn Station, but it all gets mushed up together in your stomach anyway, right?

Jews:  OMG, Jews.  Mi k’amcha Yisrael… makes me worry about moving to the actual Holy Land, not just the ones declared holy by their own residents.  So many Jews; too many Jews?  That’s what comes from visiting Lakewood and Monsey in the same day… and topping it off with a detour through Kiryas Yoel.  And – excuse me for saying so – a very ignorant Kiryas Yoel cabdriver who overcharged us and failed to find the bus stop in Monsey despite precise directions (hint:  look for the train station).  His excuse:  he’s not from Monsey.  Frankly, I’m from Toronto, and I found it on the first try.  And he has a GPS.  When we left the cab, I held the money out to him and just HELD it there despite YM hissing, “put it down on the armrest.”  And indeed, because you asked, I will answer:  yes, his name was Yoel.

Family:  Among said  Jews in the holy town of Monsey, I have a cousin.  An actual, real, genuine, blood-related cousin.  Avi’s in his late 20s and boy, is he frum.  Having watched his transformation from Sol

omon-Schechter-type Conservative day school student to modern Orthodox bochur to his chasunah in chassidische Boro Park and now Monsey and beyond, the life he’s built for himself is at once amusing and incredibly gratifying.  He’s got two little bochrim of his own now, 5 and 3 (each just a bit older than my little ones), and they are the cutest things you’ve ever seen.  You’ll have to take it from me, and extrapolate from these excellent “witness-protection” photos.  We were so late by the time Yoel the cab driver found their place (with his GPS) that we literally had to run in, snap photos, and leave.  His truly sweet aishes chayil got flustered at her inability to feed us and ended up shoving some gum at Elisheva.  Thus making Elisheva – who’d been dreading the visit – a very happy girl indeed.  YM was happy because Avi agreed with him that a strict yeshiva simply doesn’t work for some boys; he said he always looked for places that were a lot more laid-back.  Hmm… seems to have worked out for him, I’d say.  As a baal teshuvah, who lived away from home in various schools since he was 14, he basically took charge of his own education.  Wish YM would do that.

Buses:  eeeeeeeek!  Altogether too much time spent on buses, spent in tunnels, spent passing through armpit towns in what I found out on our final pass has actually been the embroidery capital of the world for over 135 years.  We all got very good at sleeping on buses.  Favourite place name:  Ho-Ho-Kus, NJ.  To us proper Britishy Canadians, that’s just toooooo funny.

Time:  too short.  And yet, in a weird way, just long enough.

When I finally caught my breath in the bus on the way home (we flagged it down with literally less than a minute before it left without us), I said, “this has really been Murphy’s vacation… everything that could go wrong, did.”