Parrot in a Penguin World

Last night, after Shabbos, I was supposed to take boy-boy to yeshiva at 8:15.  At 10 past 8, he was still sitting at the table having a snack, when I said "let's go!" and rushed him out the door.  I was supposed to pick up Elisheva's friend at 8:30, and have them both at an event by 9, and I didn't feel like sitting watching him have a leisurely eating time.

Anyway.  He did rush.

He rushed right out the door, into the car, buckled up, and away we went.

We pull up at his school and I turn to look at him to make sure he's reasonably neat and well-presented.  He's 15 years old, mind you, but anyway:  they never stop needing a last-minute check.

Me (noticing even more:  the worst possible thing):  "Where's your white shirt?"

Yes, it's true.  He was a parrot in a penguin world of boys in suits and bright white Shabbos shirts streaming into the yeshiva.  Still wearing his bright red shirt with the black stripes (or is it a black shirt with red stripes?).  He had on a suit, but also the very colourful shirt.

Because #1, it's against school rules, and #2, the kids would probably make fun of him.

Me:  "Well, we're not going home.  Get out."  Because it's his fault.  He was eating and didn't care what he was wearing until it's too late.  I figure he should find out the consequences, whatever they are.

"I'm not going straight home.  I have to pick up Elisheva's friend, and take them to their thing... no."

Back and forth a few more times, and at last, he gets out and goes up the stairs, slowly.

The result was he couldn't attend night seder.  His rebbe apparently asked him to go learn in the kollel next door instead.  He didn't even know there was a kollel next door; neither did I.

I guess that's a reasonably good compromise:  he still gets in some learning but doesn't corrupt the boys, or incur their teasing, by exposing his scandalous rebel-red shirt to the fluorescent light of the artificial yeshiva day.

Wearing colourful shirts on Shabbos is his little rebellion.

(bear in  mind that two of his regular "colourful" shirts are blue and black; not all that rebellious, if you think about it)

I don't know if I will buy him more in colours or start buying better-quality white ones (like with cufflinks) for Shabbos.

On the one hand, I want him to feel comfortable wearing coloured shirts.  The hippie mama in me says it's the only wardrobe self-expression he gets these days, and that, only on Shabbos.

BUT... I also deeply want him to own the "yeshiva bochur" role, and part of that may mean rejecting his colourful shirts at some point in the future. 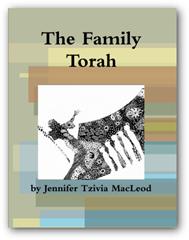 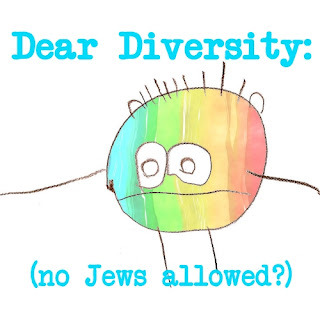