It is easy easy EASY 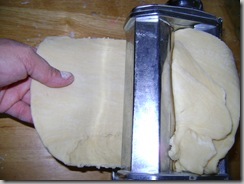 to be a parent to little kids.
Hard - impossible? - to parent big kids.
Yesterday, Yboy woke up late (alarm clock not switched on).  He came up to say goodbye and said, "I suppose this means I can't go to the library."  Because that was our deal:  be on time for school, you get library privileges.  Easy.
Well, 5:30 when he wasn't home (he gets off school at 4), I said to Ted, "he's at the library."
When he rolled in, maybe around 6, I said, "what happened?"
He said, "they changed mincha around."
"And you were at the library?"
"Yes - I was at the library."
Argh.
"Why did you think you could go to the library when you were late this morning?"
"It was a different library."  (when he's on time, he can go to our home branch, Maria A. Shchuka on Eglinton; the one he went to is Barbara Frum, near the yeshiva)
Roll eyes.  Repeat to Ted because the BS makes me so incredulous sometimes I have to say it out loud to see what kind of twisted sense it must make in his little mind.  Boy flings himself on the sofa to lurk and sulk.  Elisheva comes in and out of the room to lurk and complain and whine and ask about school supplies and uniforms and complain and just generally to MOUTH at me.  Finger on all the buttons, of course.
YM:  "Can we still go to Bathurst Cycle?"
Me:  "No.  Aren't they closed?"
"No, that was their Sunday hours."
"Oh, well, no.  I'm making supper."
A few minutes pass.  I was busy making ravioli, which was frustrating and taking WAY longer than it was supposed to, especially because I was so agitated at being lied to.  Like an hour longer.  Argh.
And yes, Elisheva continues to flit in and out and eventually I just shout "MOUTH!" at her and send her to her room, but she keeps coming back.  Like gnats.
YM:  "So can I go on Craigslist?"
Me:  "What?"
"I want to go on Craigslist and look for a bike."
"You were on the computer, at the library, and you didn't go on Craigslist to look for a bike?"
"No!"  (there was probably a "you don't understand" in there somewhere)
(me, snarky voice, pushed to the limit) "It is so urgent to look for a bike, but you couldn't be bothered doing it on your own time?"
So he walks over and hits me on the arm, then storms out.  (Ted pointed out afterwards that his hand was open, so it was technically a slap.  Hmm.)
Me:  "That is it!  You don't live here anymore!"  Because of the one strike rule I laid out a few weeks ago, the last time he tried to hit me.  (slap)
Boy vanishes.  Ted calls my mother to inform her that YM is sleeping there.
Eventually, the ravioli were finished.
Eat supper.  Late, late, late.  The ravioli were exquisite, but I fear all the kids will have a fear of homemade pasta now because of these antics.
Elisheva on excellent behaviour, at last.  Offering to help.  Whatnot.
Naomi asking repeatedly why YM isn't sleeping here tonight.
Gavriel Zev keeps saying "Boy-Boy."
Bedtime for the littles.  My mother calls for an explanation, and I tell her I'll call back.
YM calls from the Kolel.  He's a good boy; troubled (trouble?), but good.  I tell him I love him and to go to Bubby's afterwards.
Put the littles to bed.
Call my mother back and give as little information as possible.  She says she'll wait up.
Elisheva goes to bed.
Sit on my bed, watch ER, wonder where I've gone wrong.
Wonder how I was so bloody confident that I could be a better parent to my teenagers than my parents were (1 out of the 4 of us made it past age 16 without leaving home; 2 out of 4 spent time in foster care).  They were okay (just okay) with babies and little kids.  But absolutely awful beyond age 12.
And I guess so am I.
Later, getting into bed, probably after an extensive traumatic sneezing fit, my neck snapped and I suddenly couldn't move my head.  Or - because it would jar my head - my body.  Ted came over to get the heating pad under me; boy, did I feel stupid and melodramatic.  The words "beached whale" came to mind.  It is a little better this morning, but not a heck of a lot.
It is psychic trauma more than physical.  This is the same neck that saw me through the shiva (I blamed the low seating) and several other downer events this year.  Like I said then, it will get better when all this passes, and not before.
I hate drama.
I want one of those nice, quiet lives where the kids come and go and you just give them a nice kiss and a credit card as they pass.