At the fair - Giant Vegetables!

For once, one of my fantasy plans came true!

Yesterday - after all the aliyah / shul nonsense (see below) - was Royal Winter Fair day! My plan was to go with Ted & the littles first thing in the morning and then, when they got 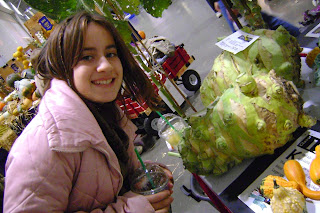 crabby, send him home with the littles and stay with Elisheva to do the grown-up bits (ie see giant veggies & buy stuff). I bought the passes from a homeschooling connection for only $4, instead of the $18 full price (they were school chaperone passes). Oh - plus we had to pay $12 (coins only because it was a meter) for parking.

Anyway, it worked! The little kids basically came for the superdog show in the morning, plus some petting-farm fun, and then they left. Oh, Judy, our neighbour / friend tagged along as well. Ted drove her home around 2-ish, when he left with the kids.

Then, Elisheva and I exhausted ourselvesfinding the giant vegetables, but find them we did (photo evidencehere of her with Giant Sunflowers and Giant Kohlrabi)! I did spend money, but only about $6 altogether - $3 on 2 bars of goat-milk soap, and $3 on microwave egg cookers. 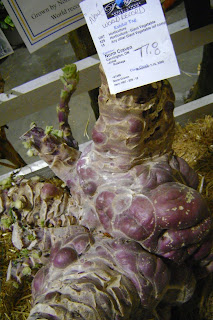 The microwave egg cookers (brought to you by eggs.ca, the egg marketing board) are kind of a scam, but they're cute. You could probably accomplish the same thing with a teacup and a piece of saran wrap, but anyway. You still have to crack the egg and pour it in. Then you pierce it a few times so it won't blow up (pierce the yolk and the white) and cook for either 35 or 45 seconds, depending on if you want it hard or soft.

I tried it for a soft-boiled egg today, for a snack... it was SO yummy. Needed a couple of slices of toast to mop it up, or at least some hollandaise sauce, but it was okay plain, too. The problem is, you have to be right on it or it goes quickly from soft-boiled to soft-hard-boiled, which is Not Acceptable, with a non-gooey yolk. If you get distracted (story of my life), your egg is no longer prime. But that's not the egg cooker's fault, I guess.

So that was the Royal Winter Fair. 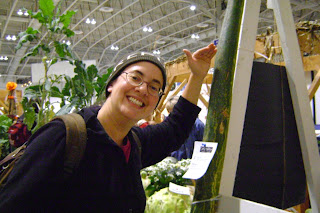 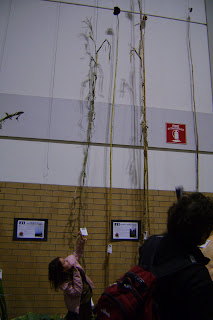