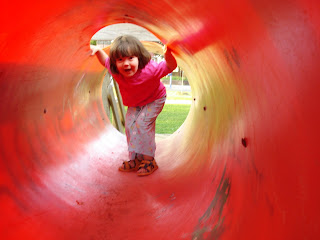 The bloody dryer was about an inch too big to fit through the laundry-room door. Umm... hey, guys - next time you're moving appliances into an old house, howboutcha measure first?!?!

We told Mary (aka the laundry machine fairy) that at least one dimension must be 27 inches or smaller to pass through the door, and she says she went to the Sears store in Calgary with a tape measure, and they stood around measuring the machines until they found one that was perfect.

So I dunno what happened. She thinks maybe they "upgraded" us somehow, secretly.
Drat, drat, drat.
The guys were pretty abrupt about it, too, like "decide - NOW" whether they should leave the dryer just sitting in the basement or take it back with them. Guess they were po'd but, like I said, measure first!

I am eager to test the new washing machine BUT a) I'd have to hook it up myself and b) it looks like it could rain any second.

Darn, why does the weather.com site do this? They show you a picture of rain, tell you the forecast is "showers"

... and then, in small print, tell you the chance of those promised showers is only 40-50%. I'm not a statistician or anything, but to me, 40% likelihood means it's more likely NOT to rain. Grrr...
So maybe I will run a load through just to see what it does!

PIZZA - homemade herby crust, double-recipe because Elisheva's friend Shula is coming. Not whole-wheet, but still hopefully yummo.
Dunno what cheese, though, because there's only half a stick of Mozza in the fridge. Lots of cheddar, but that seems like sacrilege (even though all kosher cheese tastes the same to me...).